I am an author living in Haarlem, the Netherlands. My first novel, Child of the Moon is now complete and is published on Amazon: 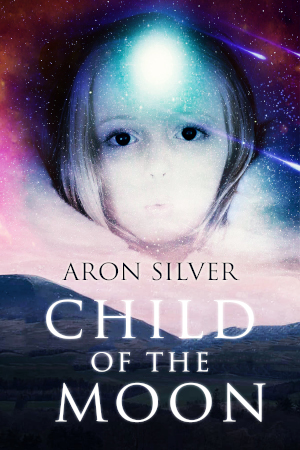 Scotland, 1924 - After a man gets arrested with an unconscious boy in his car, detectives Gow and McKenzie unexpectedly find themselves at odds with each other. McKenzie makes a leap and wants to investigate the link with a nearby abandoned village, while Gow tries to cut off the investigation. But things turn ugly quickly when they discover the involvement of a child that doesn’t appear to be entirely natural.

Child of the Moon is a gripping mystery, hiding an unspeakable horror that will alter the lives of everyone involved.

Read on for the first chapter...

Child of the Moon — Chapter 1

It had been over four hours since Detective Samuel MacKenzie and his partner, Detective Lieutenant Lachlan Gow, locked themselves into the small interrogation room with the man they now referred to as John Doe. Their suspect was a skinny man, who wore a dirty bunnet and spectacles that were not any cleaner.

But the longer they questioned him, the less they knew. His tongue was smooth, his words deceptive.

By contrast, Samuel’s tongue had become a slab of dry leather. The stream of coffee that’d kept him sharp through the endless questioning was a distant memory under the smoke of his last cigarette. The thick haze hung in the room like a cloud. It expelled fresh air and left nothing but bitter taste and stinging eyes.

It was close to 5:30 p.m. and outside it would be completely dark. Samuel looked at Lachlan’s face and saw his own expression of exhaustion reflected under his partner’s dark eyebrows. Lachlan touted his lips, pushing his moustache ever so slightly upwards. Samuel read him, and without so much as a nod they stood up simultaneously and walked out of the room to leave their suspect alone.

They had just listened to a myriad of tales, each more absurd and unbelievable than the last one. To Samuel it seemed that this man was intent on feeding them as much disinformation as he could. If they wanted to create any believable reconstruction of what had happened earlier that day, they would have to rely on the facts and the facts alone.

That morning, Constable James Wilson had been driving on the winding, single-track road from Comrie to Ardeonaig. He was sent to investigate some missing sheep, but it was Dorine he was worried about. Things were getting serious between them, which was territory James was least comfortable with. So far, they had managed to keep her parents from finding out about them, but they’d had an argument about it the week before. She — like her parents and the people in Crieff — attended the Kirk every Sunday. If anyone from her family were to discover what they’d been doing under the covers of night and made-up excuses, neither of them would be getting off easily. So she’d insisted for him to ask her father for her hand before her parents found out. Or worse, before he knocked her up.

James had just driven out of Comrie when he came upon a dark-green Argyll Flying Fifteen driving in front of him. Tonight he would see her again and she might bring the topic of proposal up again. He didn’t know yet what he would tell her if she did.

The Argyll in front of him was driving at a snail’s pace and it was getting on James’ nerves. Sure enough, the legal speed limit of twenty miles per hour dictated such a pace, but nobody in their right mind would stick to that, unless the weather conditions were poor. It was a clear November day, the Sun was out, and although it was a wee bit chilly, it was quite nice indeed.

Besides its speed (or its lack thereof) there was something else that was a little bit off about the car in front of him. It was in an unkempt state that made him question when it had last seen any maintenance. While James would have preferred an American car for himself, he had no lack of respect for a well-made Scottish vehicle, and he was decidedly of the opinion that a man with a car such as this ought to take proper care of his vehicle at least.

When they finally came upon a passing place and James had an opportunity to overtake the other vehicle, he passed the aging Argyll, shot a glance towards its driver and didn’t like the panicked face looking back at him. He didn’t like it at all. So he parked his own car, a police-issued Ford Model T, diagonally at the end of the passing place, blocking the laggard from continuing its journey without having a little chat first.

Then, when both cars had come to a full stop, James got out and walked over to the Flying Fifteen. With the road itself blocked, a low drystane dyke running along one side of it and a ditch running along the other, there was nowhere for the other driver to go. James looked at the green automobile as he approached it. Covered with dirt and smears, it looked even more questionable than when he passed it. If he hadn’t seen it drive just seconds before, he would have doubts it could move on its own. Even its tyres looked too tired to support the vehicle.

“Where are you headed?” James asked, trying to put the man behind the wheel at ease as he approached, the man’s panicked eyes still fresh on his mind.

“Ardrottoch,” the driver answered, radiating a thick air of nervosity. It was almost sickening, yet the whole thing looked like he would’ve been more out of place if he hadn’t been nervous. From the dirty car to his ragged clothes and the worn-down bunnet that failed to cast enough of a shadow to conceal the deep purple bags under his eyes, this man had clearly lost his calm a long time ago.

“Hm.” James’ hand moved instinctively to his Webley revolver. Ardrottoch was what commoners would call a “ghost town”, a deserted hamlet a few miles further up the road. He suddenly became very aware of the lack of anyone to back him up in this glen with nary a building in sight. A herd of sheep in the next field were their only witnesses. He asked for the man’s driving licence.

The man’s eyes dropped down to the glove compartment on the inside of his door, then to where James was holding his right hand, before looking back at the constable’s face. Finally, and with visible reluctance, he took the licence from the compartment and handed it over.

James looked at the sulphur-yellow piece of paper, which had been expired for over one and a half years, took a step backward and flipped open the bottom part of his coat to put his hand on the grip of his revolver. Carrying firearms wasn’t a common practice amongst Scottish police, but nobody would be giving him any flack over it here. Without the implied threat, it didn’t seem unlikely this man would hit the reverse and try to make a run for it.

“Step out of the car, please.” James took another step back to let the man get out without coming within an arm’s length of him.

The door opened and the driver’s right boot stepped on the black surface of the road.

“Walk to the front of the car and stay there, please.”

When James saw the man had reached the front of the car, he stepped forward again for a quick inspection, which is when he saw the unmoving boy beneath the rear bench.

From there everything turned into a rush. James pulled his revolver and took aim, the man cringed in fear and raised his hands, James walked back to his car, keeping the man at gunpoint all the while, he grabbed his handcuffs and used them to lock the man to the right front wheel, where he would be out of reach of the controls. Then he hurried to the boy, opened the rear door and checked to see if he was still breathing. He was, thank God.

James pulled the boy out of the Argyll and put him in the backseat of his own Ford, then rushed to the hospital. When he arrived he dragged the boy out, who began to show weak signs of consciousness. Somewhat relieved, he left him under the supervised care of the first nurse he ran into, then sped back to the police station to report the situation.

Superintendent Jack Calder had listened intently as James relayed his story, then barked at Lachlan to go to the hospital and look after the boy, maybe get some information out of him as well, and bellowed at Sam to go with James and bring the driver into custody as soon as bloody possible.

Having Samuel ride with him gave James some respite. Still, most of the trip was a haze to him. The real relief came when they found his arrest where he had left him.

Back at the station, they registered the man as John Doe, because James did not believe he was the rightful owner of the driving licence, which had belonged to someone named Duncan Patterson. Once the man — whatever his name — was locked away, James told Sam even the tiniest details of what had transpired.

Lachlan returned to the station with the news the boy had recovered, but he suffered a concussion and would remain in the hospital for observation. Otherwise, it seemed he would be fine. His name was Gavin Young and he was ten years old. He had been hit on the back of his head and was still a bit foggy. His mother was with him now, and she had allowed Lachlan to question him. Unfortunately, besides the fact that he’d been on his way to school, he had no memory of what had happened to him right before he had been hit.

Now this John Doe was sitting in the next room and Samuel was fed up with him. His stories had been conflicting and confused at best, and it was times like this that Samuel wished he could just look inside the head of a suspect and see what was going on in there. What could possibly motivate someone to knock down and snatch a ten-year-old boy? What could have pushed him over the edge to commit such a despicable crime? Either way, it didn’t really matter. He had been caught red-handed and the Lord Advocate would have little trouble putting him away for a long time.

“Let’s talk to Calder and hope we can get the hell out of here,” Samuel said.

The police station was deserted except for the interrogation room and the superintendent’s office.

“How about a pint at the Station after?” Sam asked with the indifferent confidence that said he would be having one no matter the answer.

“Make it a quick one.” Lachlan nodded and started towards Jack’s office. “Susie’ll be waiting for me.”

This was the first chapter of Child of the Moon. Want to know how the story continues? Head over to Amazon and buy the (e-)book!

To be the first to hear about any updates on my work, please sign up to my newsletter: